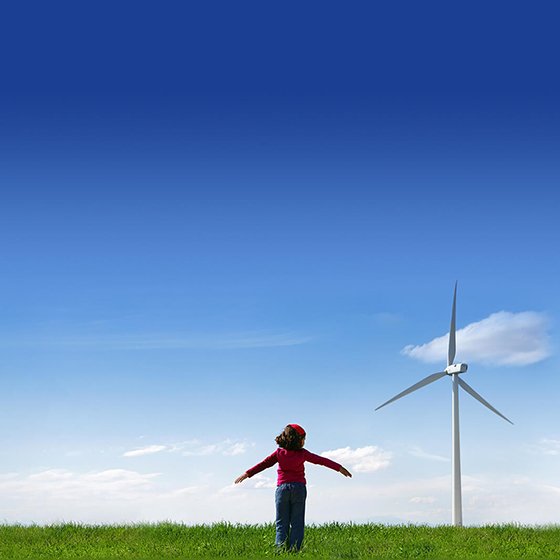 “I feel I owe a lot of where I am now to TAME. I grew up in a small town and TAME opened up my eyes to engineering. TAME lets kids know that there are possibilities outside of their town. There are so many opportunities. I’d hate to think any kids were missing out.”

Since 1976, TAME has worked to inspire & equip students from underrepresented groups to become future engineers.

We offer age-specific programs to spark and support student interest in STEM, professional development and curriculum ideas for teachers, and locally relevant events to educate families and communities about opportunities in STEM.

TAME creates equitable experiences for students from underrepresented groups to explore futures in engineering by fostering their sense of belonging and equipping them with knowledge, skills, and intergenerational support through statewide programming at no cost to students.

TAME envisions a Texas where students realize their full potential, build community in engineering, and create inclusive solutions that reflect and celebrate our diverse world. 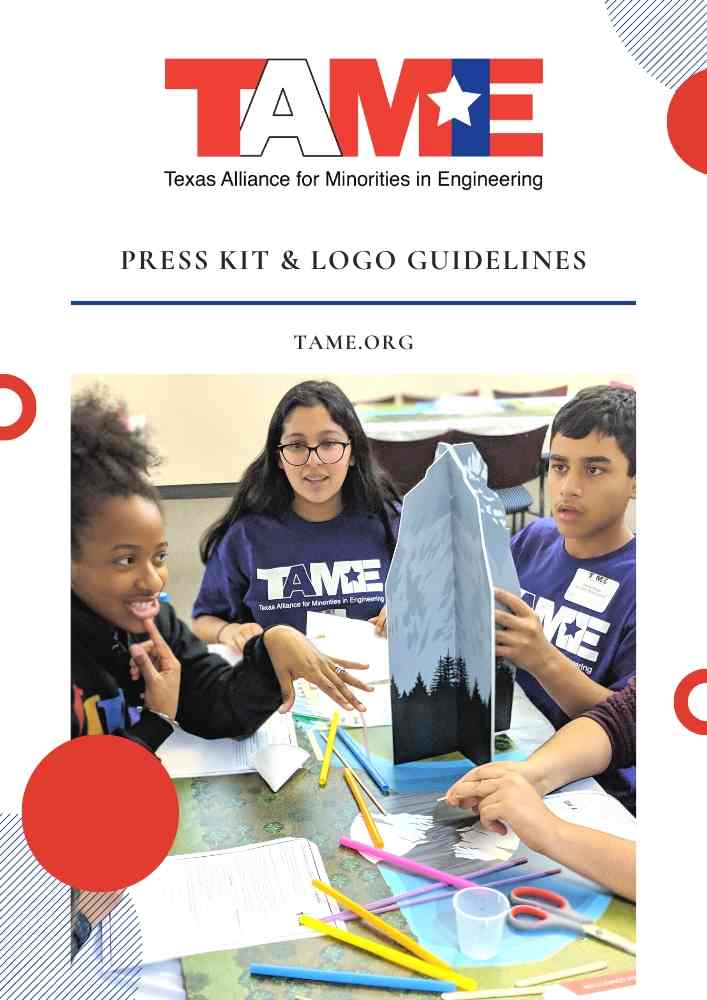 What you will find in this kit:

Looking for resource materials to help market your Trailblazer event or build interest in your TAME Club? Contact us for additional help.

Can inclusion be engineered? That’s a question that the founding members of the Texas Alliance for Minorities in Engineering asked in 1974. At the time, there was no statewide non-profit focused on creating a strong and diverse STEM workforce. Rather, there was a noticeable lack of female and minority participants in STEM industries. To address this lack, the then-Chancellor of the Dallas Community College District (DCCD) sat down with a regional Vice President of the General Electric Company to talk about how STEM employers could better recruit minorities.

That conversation revealed a big problem: even when STEM industries were looking to recruit minority candidates, students did not have the necessary background and skills. In 1974, of the more than 50,000 students on the DCCD’s seven campuses, not one minority student was enrolled in the appropriate math/science classes to prepare them for engineering careers.

The Chancellor did what any good engineer would do: identified the problem (a lack of awareness of STEM careers and a lack of pre-college preparation); assembled a team (area educators, business people and leaders within the minority community); and began testing approaches to encourage the early entry of minority students into the STEM sequence.

Those early tests in Dallas were so successful that the organizers decided to expand statewide. They proposed a simple structure: an “alliance” in each targeted area that would include a local chair, vice chair, secretary-treasurer, and a local board of 10-20 industry, public school, college/university and community leaders. Each alliance, supported by local volunteers, would work with local school administrators to provide an ongoing program to assist math/science teachers and school counselors in reaching underrepresented students.

The result was the Texas Alliance for Minorities in Engineering. In addition to the original Dallas Alliance, other local alliances were formed in the Rio Grande Valley, Houston, Austin, and San Antonio, and TAME was granted its 501(c)(3) status on September 27th, 1976.

Some key dates in TAME history:

Over the decades, we have seen a slow but significant shift in the numbers. We still have a lot of work to do, but our impact is growing.

At the annual STEM Competitions held across Texas, 97% of participating students—more than 70% Hispanic or African-American and 45% female—plan to go on to college, with 50% of seniors going into engineering and 90% into STEM. TAME now has 14 active chapters and counting, and over the next 40 years, we plan to continue to build a STEM workforce that reflects the diversity and strength of our great state of Texas. 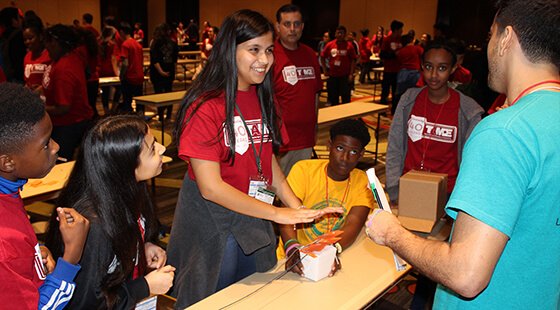 “What makes TAME special is that they reached out to us. I didn’t go looking for them. They came to us and they tried to get us involved. That was a big deal. Also, it was free to go to the competitions. A lot of kids wouldn’t have been able to afford to go to something like that, but it was free. TAME … helped us see that engineering and science are good fields to go into, they showed us that it’s attainable, and they showed us a way to get there.”