TAME Board Member Honored with BEYA 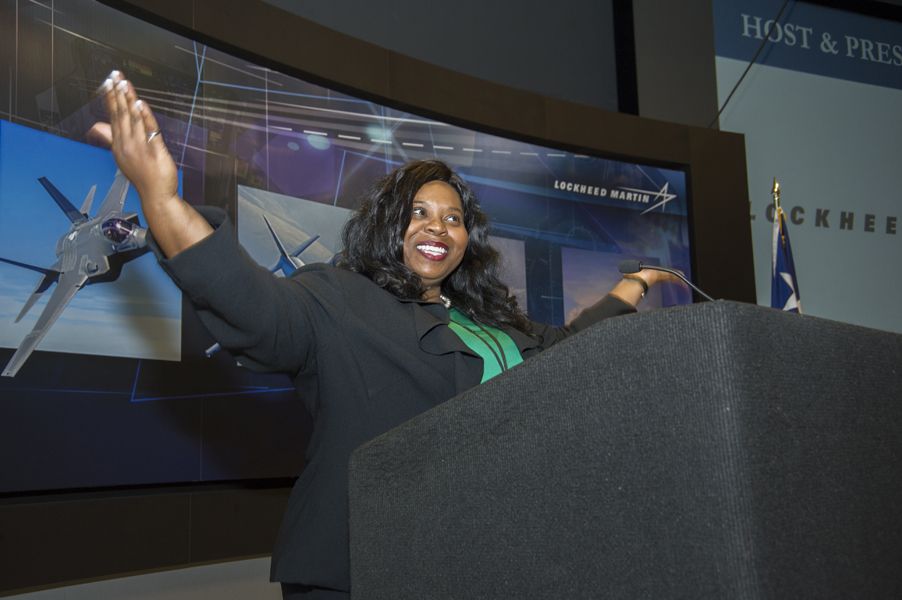 TAME is proud to recognize Board Member Tamara Crawford, who won the Special Recognition award at the 2016 BEYA STEM Conference. Recognition from BEYA is one of the most prestigious and competitive honors in science, engineering, and technology management.

In the award’s 30-year history, thousands of America’s most creative and innovative professionals have been nominated for this nationally recognized honor. With that said, less than 1000 individuals have achieved the distinction of being a BEYA honoree.
Tamara is currently assigned as Lead Systems Engineer for the F-22 Raptor at Lockheed Martin Aeronautics. She is a member of the Advanced Technical Leadership Program, a highly selective program within Lockheed Martin aimed at molding future technical leaders for the enterprise. Her most notable project was leading the effort to select, organize and store the thousands of tools necessary to build the F-22 Raptor. She was nationally named Technology Rising Star, has been nominated for the Women of Color Career Achievement Award, and has appeared in the “AE On The Move” feature section of Career Engineer magazine, a publication of the National Society of Black Engineers.

An active mentor to girls ages 8-18, Tamara has received the President’s Volunteer Service Award four times for her commitment to making a difference through volunteer service. She has served on the TAME Board of Directors since January 2012. She played an instrumental role in bringing TAME’s annual State Math and Science Competition (now known as STEM competitions) to the Lockheed Martin Aeronautics campus in Fort Worth in 2014 and 2015. The company was recognized as the Host and Presenting Sponsor for both years.

“We have over 300 of the best and the brightest from the State who are the future innovators for our company and our country,” Tamara said in an interview at the 2015 event. Students competed in science, math, and engineering at the Lockheed Martin Aeronautics facility in Fort Worth where she encouraged 90 fellow Lockheed Martin volunteers to attend and connect with students. Of the high school seniors attending, 100% plan to attend college, with 85% pursuing degrees in STEM and 50% of those planning to major in Engineering.

Tamara’s recognition comes at a time particularly critical for the United States, noted Tyrone D. Taborn, Chairman & CEO of Career Communications Group in the announcement of the award. “Statistics show that science, technology, engineering, and mathematics (STEM) enrollments are declining in our country exactly at the moment when the global economy is driving up demand for STEM Professionals.” The future of America, he argued, rests in narratives like Tamara’s being shared with our nation’s youth.

“It was surprising to learn I was nominated by my manager because our team had been recently restructured and we had only worked together for a short time,” Crawford said in an interview with the Ole Miss Alumni Association of her alma mater, the University of Mississippi. “This award has served as a reminder to continue my endeavor of excellence because you never know who is watching.”

Congratulations to Tamara for all her achievements. The TAME family is proud of her work promoting diversity in STEM and creating partnerships among industry, educators, and families. Tamara inspires TAME students to follow in her footsteps.