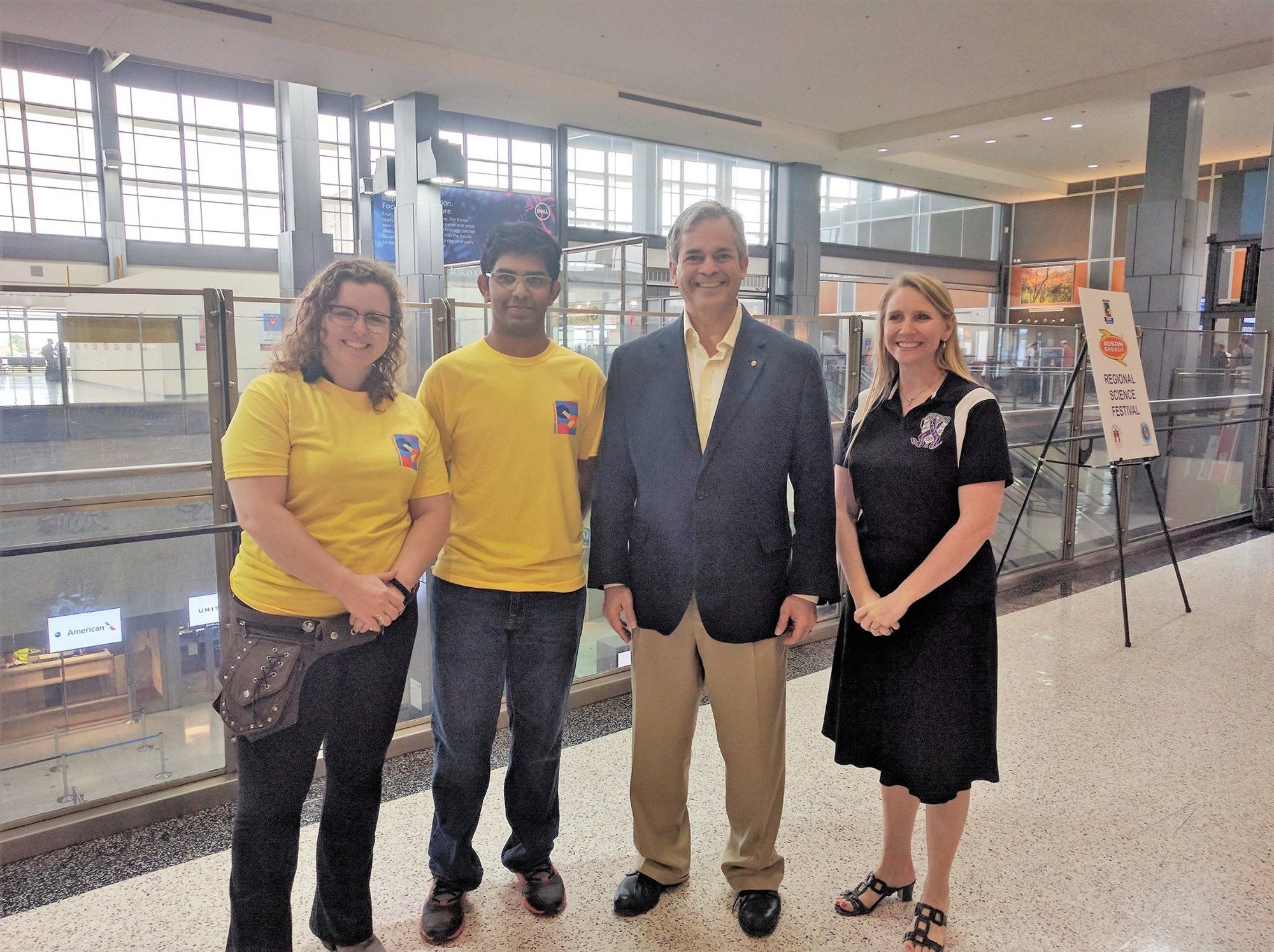 Congratulations to former TAME student Sai Sameer Pusapaty! For the second time, he won 2nd place in the world in Environmental Engineering at the Intel International Science and Engineering Fair. Intel ISEF is the world’s largest pre-collegiate science competition, so Sameer’s project was one among 1,330 others from over 70 other countries and territories. The photo above shows him with Austin Mayor Adler, Principal Crescenzi of Liberal Arts Science Academy, and TAME teacher Alison Earnhart. (Photo credit to Earnhart and LASA.)

Last year, Sameer won an ISEF 2nd Place award for discovering “a possible low cost and environmentally friendly alternative method of carbon capture and storage using micro algae,” according to the Austin Energy news bulletin about the Central Texas students who placed at ISEF. “The micro algae would feed on the carbon found in exhaust gases from industrial facilities such as power plants, plus produce hydrogen which could be recaptured as a clean fuel to produce more power.” For this year’s project, Sameer built upon his research by developing methods to enhance the production of hydrogen.

“I was surprised to hear how Sameer received his first research opportunity,” wrote Principal Crescenzi in an email announcement. “I assumed that his family knew someone or that a neighbor or friend reached out to offer the initial opportunity, but no, that wasn’t the case. Towards the beginning of his freshmen year he started emailing dozens upon dozens of university professors asking if they would take him that following summer as a research intern. According to his mom, he had rejection after rejection until finally one professor from UT agreed to give him a chance.”

“Our students put themselves out there and risk rejection all of the time when they apply for various opportunities,” Principal Crescenzi said. “I am proud that one of the skills we try to instill in our students in perseverance. I want them to believe in themselves and their dreams and not to give up when things do not go as planned.” 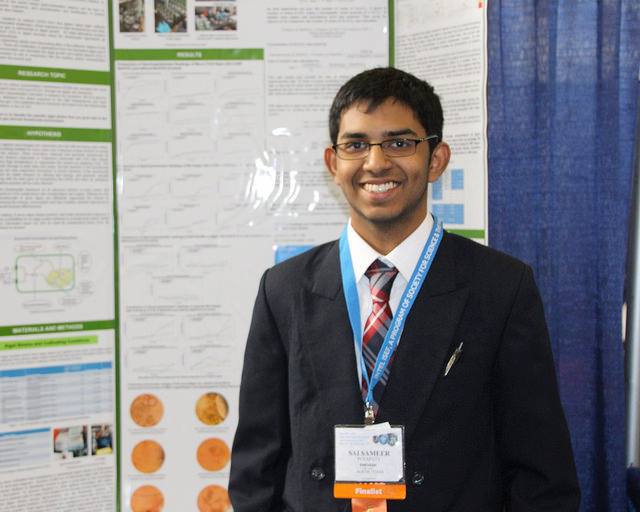 What are the practical applications of Sameer’s research? From the Austin Energy Regional Science Festival, which shared the above photo on Facebook: “Sai discovered a possible low cost and environmentally friendly alternative method of carbon capture and storage, using micro algae that actually feed on the carbon found in the exhaust gases from industrial facilities such as power plants.”